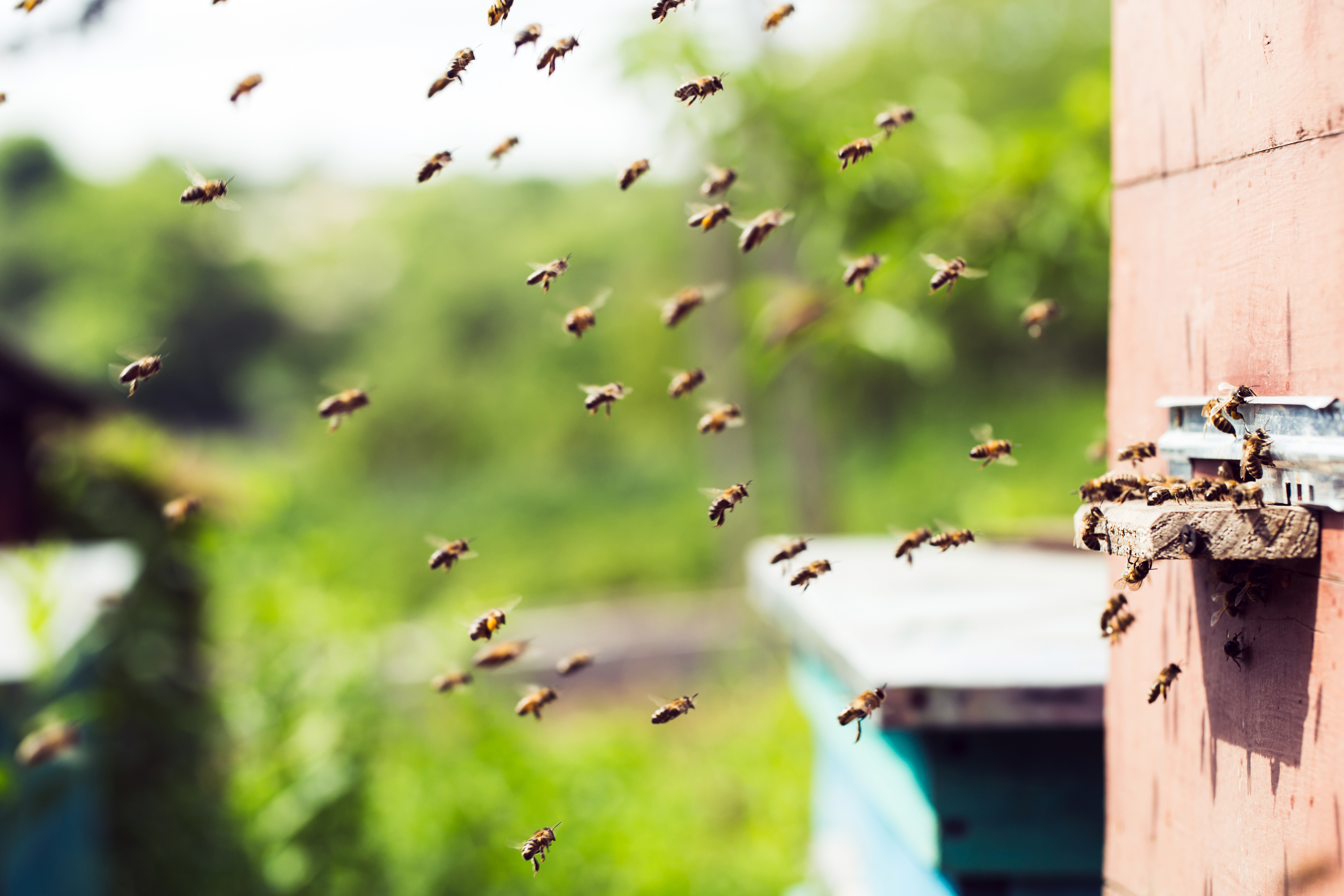 Can you tell the difference between a bee swarm and a bee hive?  If not, don’t worry, most people can’t.  Before I worked in Pest Control, I did not know either. So why is it important to know the difference? One big reason is that it is much less expensive to remove a swarm than a hive.

So how can you tell one from the other? They can sometimes look quite similar.  A swarm is a conglomeration of bees who, when they land, all huddle around the queen to protect her. They will typically look like a deflated football or pineapple. A swarm has no hive, honeycomb, or wax. because they have not had time to build one yet.

You see, whenever an established hive becomes overcrowded, the monarch queen will assign the hive to a new queen. In order to free up resources, the Monarch Queen will take flight with about a third of the colony…. hence a new swarm is created. The new swarm will take flight in search of a new place to build a hive. Sometimes they may land and rest for a while. Other times they will land and start building a hive. It usually takes at least a couple of weeks before a swarm can create a fully established hive.

1. A swarm is smaller and appears like a dark ball of bees and has only been therefore less than a week or two.
2. A Hive is usually larger and white or yellow honeycomb may be visible under the bees.
3. A swarm is usually less aggressive than a hive. Bees tend to defend their home once it is established.
4. A swarm tends to be more of an oblong shape. A hive is usually more round.